Happy birthday, Georgia! Georgia Day is February 12. Today and Saturday are rare opportunities to visit the Georgia Archives in Morrow to view Georgia’s copy of the Declaration of Independence and Royal Charter, which created the colony in 1733. They are among the state’s precious documents kept in a high-security vault at the Georgia Archives, where a constant temperature and humidity are maintained to ensure their long-term survival. Public viewing is limited to mitigate fading and deterioration. The Georgia Archives is at 5800 Jonesboro Road in Morrow. Find out more here. 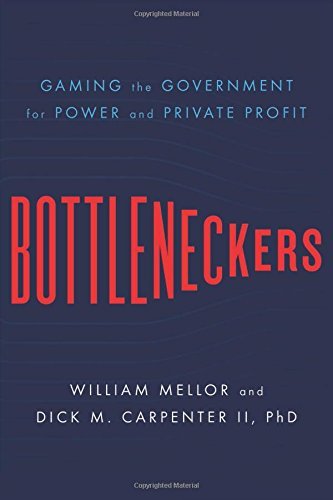 “Mrs. [Betsy] DeVos has shown for more than 20 years that she thinks schools exist to educate children. One of the biggest complaints about her is that, unlike Secretaries of Education before her, she does not come out of the government’s education establishment. Considering what a miserable job that establishment has done, especially in inner-city schools, her independence is a plus.” – Thomas Sowell

“Whatever else history may say about me when I’m gone, I hope it will record that I appealed to your best hopes, not your worst fears; to your confidence rather than your doubts. My dream is that you will travel the road ahead with liberty’s lamp guiding your steps and opportunity’s arm steadying your way.” – Ronald Reagan

“The world needs more men and women who do not have a price at which they can be bought; who do not borrow from integrity to pay for expediency; who have their priorities straight and in proper order; whose handshake is an ironclad contract; who are not afraid of taking risks to advance what is right; who stand for what’s true and not simply what they think others will fall for; and who are honest in all matters, large and small.” – Lawrence Reed

Bigger and better: Georgia is among the states that closed the most charter schools in 2016, according to a new report by the National Alliance for Public Charter Schools. Even with the 17 closures, charter school enrollment in Georgia grew by 12 percent, the report found. Source: Georgia Charter School Association

A welcome choice: A Foundation news release predicts the new Secretary of Education, school choice champion Betsy DeVos, “will promote access to choice for families – who are, after all, the best, most local option – while encouraging traditional public schools to be more innovative in improving academic achievement.”

School spending: In its 10th annual survey, Education Next found 61 percent of respondents support increased spending on education, but if told their district’s current spending level beforehand, support drops to 45 percent. On average, respondents pegged per-pupil spending in their local districts at $7,020, nowhere near the actual average: $12,440.

Civil asset forfeiture: It’s clear that advisers need to explain the downside of civil asset forfeiture to President Trump, who joked with a Texas sheriff about ending the career of a legislator opposing the ability for law enforcement to seize property without a criminal conviction. Unfortunately, Jeff Sessions, now confirmed as attorney general, also supports the practice. We’ve written about it here and here and pointed out the reforms Georgia needs here.

Justice Day 2017: The Foundation joined attendees from numerous organizations at the annual Justice Day Initiative in Atlanta on February 2. Visit smartoncrimega for updates on the issue.

Uncompensated care: Citing Georgia hospitals’ $1.02 billion in uncompensated care, a House resolution was introduced to urge Governor Nathan Deal to negotiate a waiver with the federal government for per capita block grant to be used to fund indigent health care.

The issues: Legislators have received their copies of the Foundation’s Guide to the Issues, focusing on education, transportation, health care, taxes, criminal justice and more. Click here to read the Foundation’s proposals online. Questions? Email info@georgiapolicy.org.

Moving along: Today’s the last day for Peach Pass holders to travel free on the I-75 South Metro Express Lanes, which opened January 28. The first week’s numbers were encouraging, The State Road and Tollway Authority reported 2,828 vehicles on the first business day (Monday, January 30); by Friday it had increased 69 percent to 4,791. January Peach Pass purchases more than doubled over December’s total, from 6,776 to 13,924. Read Benita Dodd’s commentary here.

This month in the archives: In February 10 years ago, the Foundation published, “How Georgia Can Lower the State’s Uninsured by 500,000.” It noted, “Georgia can be a national leader in reducing the numbers of uninsured by establishing itself as an ‘HSA State.’”

Foundation in the news: The Atlanta Journal-Constitution quoted Kelly McCutchen on the confirmation of Betsy DeVos as Education Secretary. Senior Fellow Ben Scafidi’s study on public school spending was discussed by AJC columnist Kyle Wingfield. And by Mike Hassinger on GeorgiaPol.com. Ben’s commentary on Georgia education spending was published in The Rome News-Tribune. Benita Dodd was quoted on airline fuel tax breaks in The Marietta Daily Journal and Neighbor Newspapers.