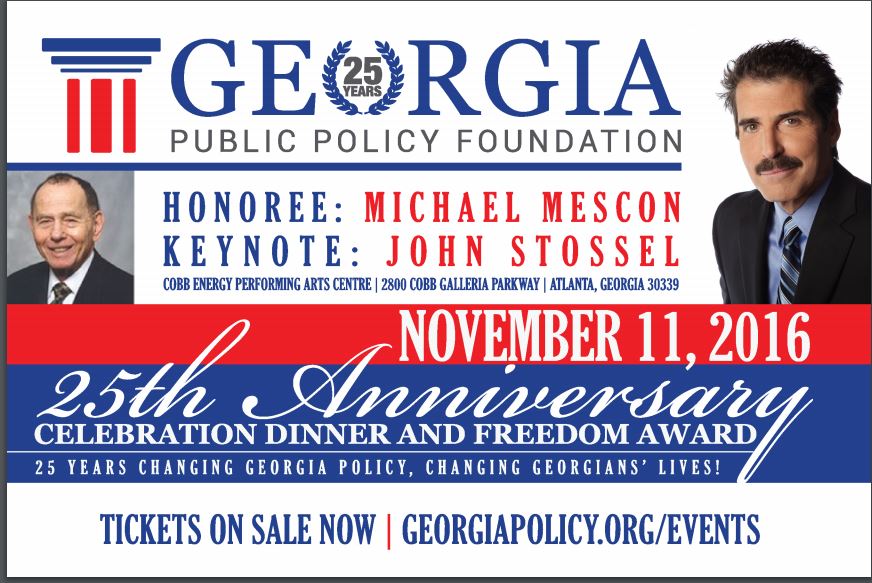 “I am not among those who fear the people. They, and not the rich, are our dependence for continued freedom.” Thomas Jefferson

“The probability that we may fall in the struggle ought not to deter us from the support of a cause we believe to be just; it shall not deter me.” – Abraham Lincoln

Then and now: In 1991, Atlanta Braves’ owner Ted Turner was named Time Magazine Man of the Year for the impact of his Atlanta-based Cable News Network’s live television coverage of events around the globe. CNN, launched in 1980, was the first television channel to provide 24-hour news coverage and the nation’s first all-news TV channel in the United States. Today Turner’s ties with CNN and the Braves are severed; CNN’s Atlanta headquarters are used only for weekend programming; Time now names a Person of the Year (since 1999); Ted Turner splits his time between Montana and the South, and the Braves are leaving Atlanta for Cobb County.

MLK Jr. and school choice: Would Dr. Martin Luther King Jr. have been a fan of charter schools? Emphatically yes, says his closest aide and fellow civil rights legend, Dr. Wyatt Tee Walker, in an article for RealClearLife: “In the charter school movement, I am continuing the work of Dr. King that has far-reaching meaning. Every American child is deserving of a quality public school education. It is education that will guarantee that segregation and second-class citizenship will never return!” Read more here. Source: Education Next

Free college: One of the most glaring unintended consequences of presidential candidate Hillary Clinton’s “affordable college” plan is that that it will put the federal government in charge of state higher education systems “to a much greater degree than at present,” writes George Leef of the Pope Center for Higher Education. “Federal money always comes with strings attached and the Clinton plan would give them enormous leverage to bend state officials to their will.”

Setting records: Despite those who would argue millennials are eschewing automobiles, vehicle miles traveled (VMT) for the first six months of 2016 broke a record, reaching 1.58 trillion million miles, according to the Federal Highway Administration. The previous record of 1.54 trillion miles was set last year. Source: Better Roads

Traffic tie-ups: Writing in Insider Advantage, Matt Towery warns of the imminent congestion on metro Atlanta roads as the Braves move to Cobb County, and calls for a “transparent, easy-to-follow public plan,” one that “doesn’t just mean from a ballpark to home. It means from a home to an afterhours school event or a gathering with friends, or sadly to an emergency room or hospital at say 6:45 on a given game night.”

Back to school: GED classes began this week at Augusta’s Charles B. Webster Detention Center. According to Sheriff Richard Roundtree, it costs $65 per day to care for an inmate; the GED test is $20. “If obtaining a GED diploma will keep people from returning to the jail, then it’s a cost-saver and a lifesaver,” The August Chronicle noted.

Medicaid expansion: States that expanded Medicaid under the Affordable Care Act found enrollment and per enrollee spending are nearly 50 percent higher than predicted, according to a new study by the Mercatus Center. “While interest groups within the states – particularly hospitals and insurers – benefit from the higher spending being charged to federal taxpayers, substantial evidence suggests much of this new spending is wasted or provides little value for its intended recipients.”

Sinkholes and sunshine: A study by Truth in Accounting found 40 “sinkhole states” and 10 “sunshine” states, based on what a taxpayer would owe for a state to be debt-free. Alaska is the top sunshine state, with a taxpayer surplus of $52,600; New Jersey had the highest burden, at $59,400 owed by each taxpayer. Georgia ranked No. 22: Each taxpayer would have to pay $3,900 to settle bills of $10.4 billion.

Pension rules: A new accounting rule requires Georgia to report its pension debt on its balance sheet. As a result, the state’s reported pension debt grew from $0 in 2014 to $5.8 billion in 2015. However, the state is still “hiding” $879.8 million of pension debt from taxpayers, according to Truth in Accounting.

This month in the archives: In September five years ago the Foundation published, “Realigning Georgia’s Fiscal Priorities.” It noted, “Is this reasonable? Georgia spends more money per student for capital improvements than all but seven states.”