Then and Now: In 1991, when the Georgia Public Policy Foundation was established, electronic messages were hardly the norm; the term “email” gained popularity by 1993. Today, According to the Harvard Business Review, email takes up 23 percent of the average employee’s workday and, collectively, we send more than 108 billion emails a day in the United States.

“The laws that forbid the carrying of arms are laws of such a nature. They disarm only those who are neither inclined nor determined to commit crimes. … Such laws make things worse for the assaulted and better for the assailants; they serve rather to encourage than to prevent homicides, for an unarmed man may be attacked with greater confidence than an armed man.” – Thomas Jefferson, “Commonplace Book” (quoting 18th century criminologist Cesare Beccaria)

“America’s great good fortune in the past has been that Americans have been able to unite as Americans against every enemy, despite our own internal differences and struggles. Black and white, Jew and Gentile, have fought and died for this country in every war. It has not been our diversity, but our ability to overcome the problems inherent in diversity, and to act together as Americans, that has been our strength.” – Thomas Sowell

“The most important thing a father can do for his children is to love their mother.” – Theodore Hesburgh

Happy birthday charters! Twenty-five years ago this month, Minnesota Gov. Arne Carlson signed the first law enabling the creation of public charter schools, Education Week reports. Today, despite bureaucratic opposition, charter school students make up about 5 percent of the 50 million K-12 public school students in the country. In Georgia, according to the Georgia Charter School Association, they account for 15 percent of the total student population, (4 percent when excluding charter systems).

Premiums to rise: ObamaCare insurance  premiums are expected to rise an average of 10 percent in 2017, according to an early analysis by the Kaiser Family Foundation, which states, “there is reason to believe that increases will be higher than in recent years.”

What’s Old Is New Again: Although similar efforts failed in Georgia this year, Tennessee made great strides in health care reform by authorizing direct primary care – almost like a gym membership for primary care. Watch the video to see how it works.

Food deserts: An article by the U.S. Food and Drug Administration validates Ronald Brown’s recent commentary on “food deserts.”  The article found that early research often failed to “consider the fact that most households have access to a vehicle and are able to travel beyond the local food environment to shop for groceries.” More recent and robust data “show that the effect of food store access on dietary quality may be limited.”  Source: Reason Foundation

Unappealing delays: The number of appeals from health care providers and patients challenging denied Medicare claims continues to spiral, increasing the backlog of cases and delaying many decisions well beyond the 90-day timeframe set by law, according to the Government Accountability Office. The average wait for a Medicare appeal decision by an administrative law judge went from 95 days in Fiscal Year 2009 to 819 days in FY2016. Source: Kaiser Health News

Nonprofit donor privacy: The U.S. House of Representatives voted largely along party lines to pass H.R. 5053, the Preventing IRS Abuse and Protecting Free Speech Act, that would eliminate the Schedule B form requirements for non-profit, tax-exempt organizations that require the disclosure of personal donor information. “Citizens should be able to support the candidate or charitable cause they want, without fear of intimidation or abuse of power by a federal agency like the IRS,” Georgia Rep. Lynn Westmoreland said.

Who pays? The Congressional Budget Office recently released its annual report, “The Distribution of Household Income and Federal Taxes, 2013.” It found that the top 1 percent of taxpayers paid a higher tax rate (34 percent) than in the year Ronald Reagan took office (33.2 percent) and the federal tax system is now “the most progressive it has been since at least the mid-1990s.” Source: AEI.org 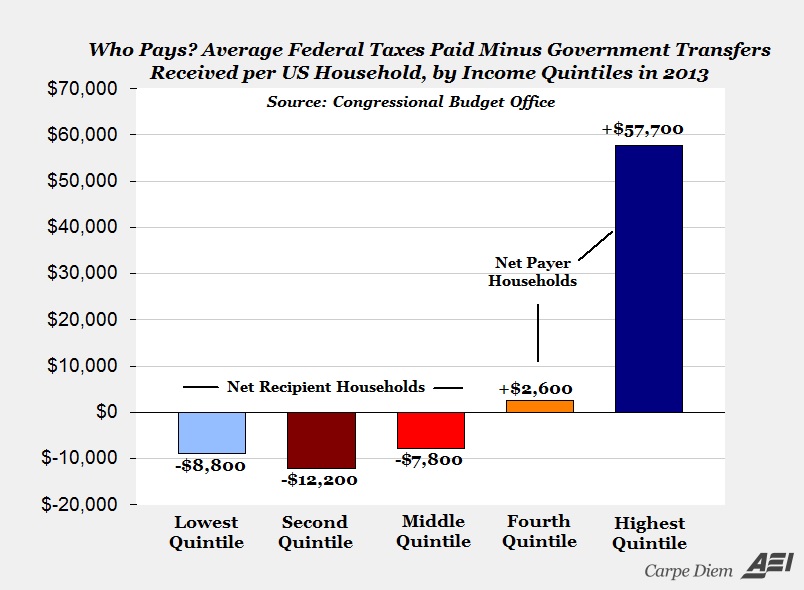 Not so business-friendly: Georgia ranked No. 4 and Atlanta No. 10 in the 2016 Thumbtack Small Business Friendliness Survey. The fifth annual survey gave Atlanta an “A” grade even though fewer than half of respondents called Atlanta “friendly” on licensing regulations (49 percent) or tax regulations (42 percent). In order of ranking, ahead of Georgia were Texas, Utah and Tennessee; ahead of Atlanta were San Antonio, Nashville, Memphis, Fort Worth, Houston, Dallas, Akron, Ohio, Virginia Beach, Va., and Jacksonville, Fla.

This month in the archives: In June five years ago, the Foundation published, “One More Federal Health Care Battle Front: CLASS Warfare.” It noted, “Clearly, the problem of any voluntary program is adverse selection: Healthy individuals will opt out and those with problems will sign up.” The CLASS Act was repealed in 2013!