“For nearly 40 years, it’s pretty much been all reform, all the time for the nation’s public school students, teachers, and parents. Many of the children whose schools were supposed to be revolutionized by America 2000 in 1990 now have the chance to see their own children’s education revolutionized by Common Core. Nothing can stop the impulse to reform our nation’s public schools. For professional policymakers, it is the itch they just can’t scratch.” – Andrew Ferguson

“Today many people in America slavishly devote themselves to a political party without engaging in critical analysis of whether the philosophies of that party are really in sync with their true values and with the betterment of their position in society.” – Ben Carson

“The educated classes are possessed by the idea that in the social domain anything can be accomplished if only one applies enough force and is sufficiently resolute. This begs the question, ‘Then how well-educated could they actually be?'” – Ludwig von Mises

Recess rules: After reducing recess rules and expanding students’ playtime, an Auckland, New Zealand, school saw less bullying and more classroom concentration. Students realized that if they stop play to get a teacher to mediate, they miss out on play time, so they preferred to compromise. The school jettisoned its timeout corner and reduced recess monitors. Benefits included better problem-solving, independent development and risk-management skills. Source: School Reform News

Tragedy of tenure: Last year, just 31 percent of New York’s third- to eighth-graders tested proficient. Yet teachers are so protected that 91.5 percent of them were rated “effective” or “highly effective.” In a ruling last month in a lawsuit brought by nine students, a California judge struck down tenure laws, holding that that union protections such as tenure and seniority are depriving children, especially blacks and Latinos, of the California constitution’s promise of equal education for all. Source: New York Post

Education Funding: More than 13,000 Georgia students attend a private school of their choice thanks to Georgia’s tuition tax credit scholarship program. The scholarships cost an average of $3,388 per student, compared to the total average cost per student in a Georgia public school last year of $10,345. If Georgia expanded this program and just 6 percent of Georgia’s students took advantage, the long-term savings would be $750 million per year. Coincidentally, that’s the current “austerity cut” based on the QBE formula. Other than a huge tax increase, where could one find that kind of funding in the state budget? 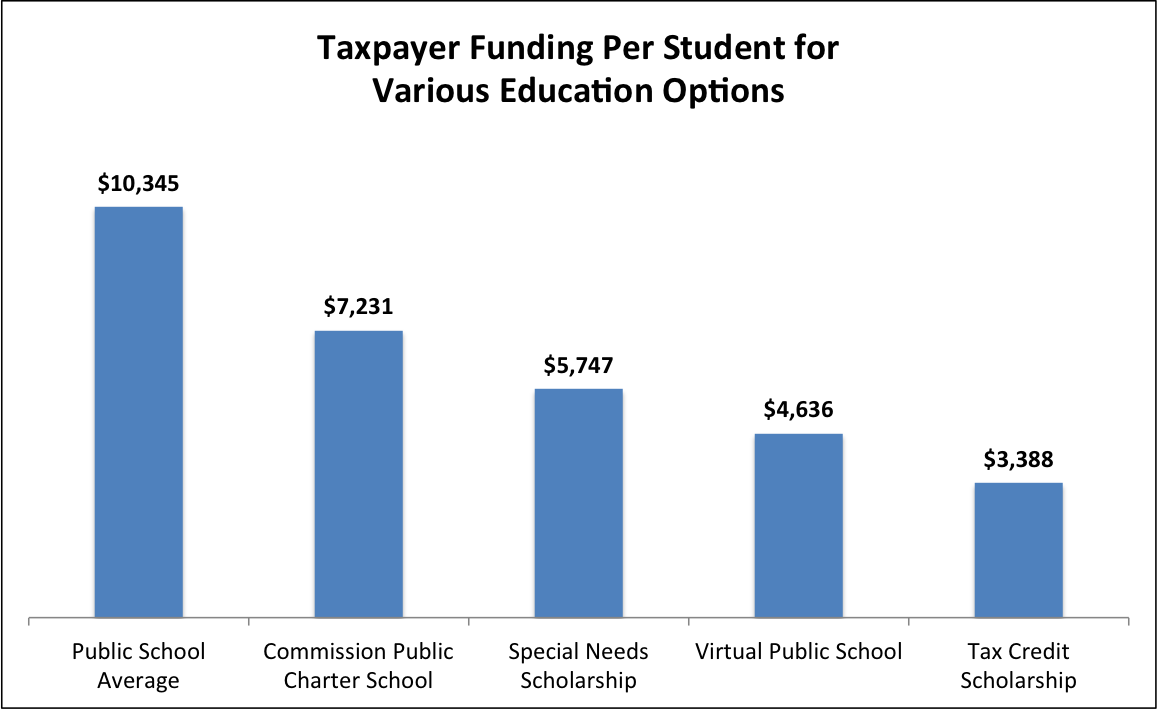 Cost plus quality: A medical center that raises quality and slashes costs? It can be done, and the Surgery Center of Oklahoma is showing how. Founded 17 years ago, it provides the potential customer (whether an individual or an institution) with “an up-front, honest, all-charges-included price quote for any given surgery, without the notoriously padded, hidden charges that have become the standard sticker-shock experience associated with most hospital stays and out-patient surgeries.” Source: New American

Need for CONs: Georgia is one of 36 states and the District of Columbia where health-care providers must seek a Certificate of Need (CON) – regulatory approval – to offer new services. According to a Mercatus Center report, “The original intent was to reduce health care costs by keeping providers from over-investing in facilities and equipment; regulators believe they can keep costs down by limiting new services to those with a clear public need.” But the report found no evidence that CON programs improve access to health care for the needy, despite examining multiple measures. So while these regulations are extremely costly, they have no clear benefit.

Streetcar off-road again: Atlanta reports the over-budget, over-deadline Atlanta Streetcar is postponed again, this time, because the contractor has “a problem with the streetcar’s overhead cable system.” The scheduled summer opening has been moved to November. “I’ve said before that innovation is messy and this project is very innovative for everyone involved,” said A.J. Robinson, head of Central Atlanta Progress. (Atlanta’s “innovative” streetcar service operated in Atlanta from 1871 until the last line closed in 1949.) Source: Atlanta Journal-Constitution

Bike-share programs struggle: Bike-sharing programs are spreading across the nation, with more than 21,000 shared bikes in at least 36 urban areas, up from just six programs in 2010, The Wall Street Journal reports. But more than half the programs have stumbled. One, Tennessee’s $2.1 million Bike Chattanooga program, began two summers ago, but the number of yearly memberships sold to frequent riders is about 90 percent smaller than projected. Bikes as transit are flailing, too, because many low-income users don’t have the membership fees or credit cards to secure membership.

Innovative transit app: In Finland, Helsinki Regional Transport Authority’s innovative minibus service, Kutsuplus, lets riders specify their own desired pick-up points and destinations via smartphone; these requests are aggregated, and the app calculates an optimal route that most closely satisfies all of them.

Foundation in the news: The Macon Telegraph published a letter to the editor Tuesday from Benita Dodd criticizing an op-ed about proposed tougher carbon emissions regulations.

YouTube: The Foundation’s YouTube channel has more than 52,000 views. Watch Dr. Ben Scafidi’s speech at the Friedman Legacy for Freedom event here; the Q&A with the audience is here.

The Forum: The Forum: In Benita Dodd’s latest “Checking Up on Health,” find out about cutting health care costs and reducing office waits, the validity of studies and more. Read this and other recent posts at georgiapolicy.org/category/the-forum/.