How the American Dream is Fueling Economic Growth 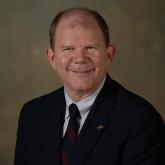 Back in the depths of the Great Recession, Texas became the target of liberal commentators across the nation, just as the Lone Star State was in the midst of creating more new jobs than the rest of the nation combined. The New York Times’ Paul Krugman led the chorus claiming, “the Texas miracle is a myth, and … offers no useful lessons on how to restore national full employment.” Of course, it wasn’t the new jobs they minded: it was the fact that the Texas miracle was brought to pass by the Texas model of lower taxes, less regulation and a sound civil justice system.

Though there is nothing miraculous about the Texas model, it appears so to many because it flies in the face of today’s prevailing approach to economic development, which mainly involves subsidizing business using taxpayer money. In other words, it is government centric — and that’s why liberals like it. Nevertheless, the support for this approach is quite bipartisan. Businesses like it because they don’t have to compete for money through the market, and policymakers like it because they can claim that they did something to improve the economy.

Texas hasn’t entirely eschewed this model. The Texas Enterprise Fund uses corporate subsidies to attract new businesses; and the Texas Emerging Technology Fund actually takes an ownership interest in startups. These along with other economic development programs will receive close to $300 million in the state’s current two-year budget.

Additionally, the Texas Legislature just passed legislation that would renew targeted, economic development property tax cuts at the local level. The cost of that bill is expected to rise to close to $500 million a year.

Texans simply don’t believe that government is the way to grow the economy.

Despite these programs, Texas devotes relatively few resources — comparatively — to these ends. Our research shows that in 2010, Texas ranked 37th in per capita spending on economic development. Texans simply don’t believe that government is the way to grow the economy. Instead, businesses in Texas are allowed to earn profits in the marketplace that they can then invest in jobs for hard-working Texans. How is Texas doing with this counter-cultural approach? Pretty darned well. Texas has 52 companies on the Fortune 500, second only to California’s 53. Its 10-year gross state product growth is 57.7 percent, compared to the national average of 46.6 percent.

Nowhere can the effects of the Texas model be seen more clearly than in job growth. During the 10 years through 2011, the rest of the United States lost over 700,000 jobs while Texas alone gained 1.2 million. More recently, Texas added 326,100 jobs from April 2012 to April 2013, the largest year-over-year job growth of any state. In times of feast and famine, the Texas model is working.

Of course, the Texas model didn’t begin in Texas. What we’ve really done is try to live out the American Dream. The problem is that most other large states have abandoned the Dream and seem satisfied with living in the nightmare of anemic job growth, population loss and recurrent poverty.

Texas Governor Rick Perry recognizes these advantages. So while he can tout Texas’ economic development programs when reaching out to business in other states, he mainly focuses on the Texas model. This can be seen in a recent radio ad in California where he noted that “[b]uilding a business is tough, but I hear building a business in California is next to impossible.” He then invited California businesses to “come check out Texas … and see why our low taxes, sensible regulations and fair legal system are just the thing to get your business moving to Texas.”

The Texas model is based on the simple premise that freedom begets prosperity. Life, liberty, and the pursuit of happiness are still honored in the Lone Star state. Not perfectly, of course. But the American Dream still has a fighting chance in Texas.

Bill Peacock is the Vice President of Research and Director of the Center for Economic Freedom at the Texas. This article is republished from The Ripon Forum Volume 47, No. 2, Spring 2013