Atlanta – October 13 is the 87th birthday of Margaret Thatcher, Britain’s only female Prime Minister, who served three consecutive terms (1979-1990) and is one of the dominant political figures of 20th-century Britain, where “Thatcherism” continues to have a huge influence. 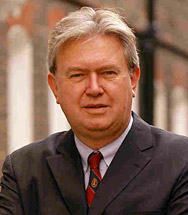 Celebrate the Iron Lady’s birthday on Tuesday, October 16, with the Georgia Public Policy Foundation and Thatcher advisor John Blundell, her decades-long friend and author of, “Margaret Thatcher: A Portrait of The Iron Lady.” The event, a noon Policy Briefing Luncheon and Book Forum at the Georgian Club in Cobb County, will cost $60 to attend and includes a copy of the book.

The deadline to register for this event is Friday, October 12, and space is limited. To register, go to http://weblink.donorperfect.com/GPPFPolicyBriefingandBookForum.

Blundell, a Visiting Fellow at The Heritage Foundation, was Director General of London’s Institute of Economic Affairs (1993-2009), described by the BBC’s Andrew Marr as “undoubtedly the most influential think tank in modern British history.” He has known Margaret Thatcher since 1970 and has met her in every post she has had since then (and many times since she resigned from public office).

Blundell’s latest book is, “Ladies for Liberty: Women Who Made A Difference In American History,” described as “a guidebook for lovers of liberty.”  He is also author of “Waging the War of Ideas,” and two bio comics in the “Female Force” series: “Margaret Thatcher” and “Ayn Rand.”

About the Georgia Public Policy Foundation: Established in 1991, the Foundation is an independent, state-based think tank that proposes practical, market-oriented approaches to public policy to improve the lives of Georgians. The Foundation’s regular events include Leadership Breakfasts and Policy Briefing Luncheons. Weekly publications are the Friday Facts and Friday Idea commentaries. Visit www.georgiapolicy.org   to read about innovative solutions to the state’s challenges or to watch streaming online video of Foundation events. Join the Foundation’s Facebook Fan Page or follow us on Twitter at www.twitter.com/gppf.