Medically induced silence: In an article in Forbes magazine discussing President Obama’s silence on his landmark legislation during the Democratic National Convention, Grace-Marie Turner of the Galen Institute notes that there were some heartwrenching personal stories told on how the law will help families.

“But turning one-sixth of our economy over to the federal government on the basis of these personal stories, however wrenching, is very dangerous indeed. We can much better help families like the Lihns and their daughter (highlighted at the convention) if we have a vibrant health sector that stays on the cutting edge of innovation and has the resources and capacity to care for the most vulnerable.”

Turner, who is a scheduled speaker at the upcoming Georgia Legislative Policy Forum on September 21 in Atlanta (registration, information here) says the Romney/Ryan ticket should be hammering home the law’s consequences being left unsaid: “the individual mandate and employer mandate, the half-trillion dollars in new taxes, the 159 new programs and agencies that will be set up so the government can wrest control over one-sixth of the economy, and the $716 billion in cuts to Medicare to create a massive new entitlement program and the IPAB rationing board – for starters.

“They also can explain the broken promises: Health insurance costs are not $2,500 a year lower, as the president promised. More than 80 million people stand to lose the health insurance they have now, and at least 20 million will lose their job-based coverage as a result of ObamaCare. And the cost of the health law has soared to $2.6 trillion in the latest Congressional Budget Office estimates.”

Consumer-driven care = better information: With consumerism on a steady rise in the health care industry, hospitals and physicians are taking note and increasingly tweaking the way they provide care to “appease” these better informed patients, Bob Spoerl writes in Becker’s Hospital Review. Web sites and mobile apps are making it easier for patients to get more health care information, as HHS, private companies and some payors are helping distribute cost and quality of care data. Among some helpful sites and online tools Spoerl points to are www.healthgrades.com, where you can see how doctors, dentists and hospitals are “graded. Health and Human Service already publishes information about insurance plans and allows consumers to compare providers based on quality, safety and patient satisfaction indicators at Healthcare.gov and other Web sites such as Hospitalcompare.hhs.gov. 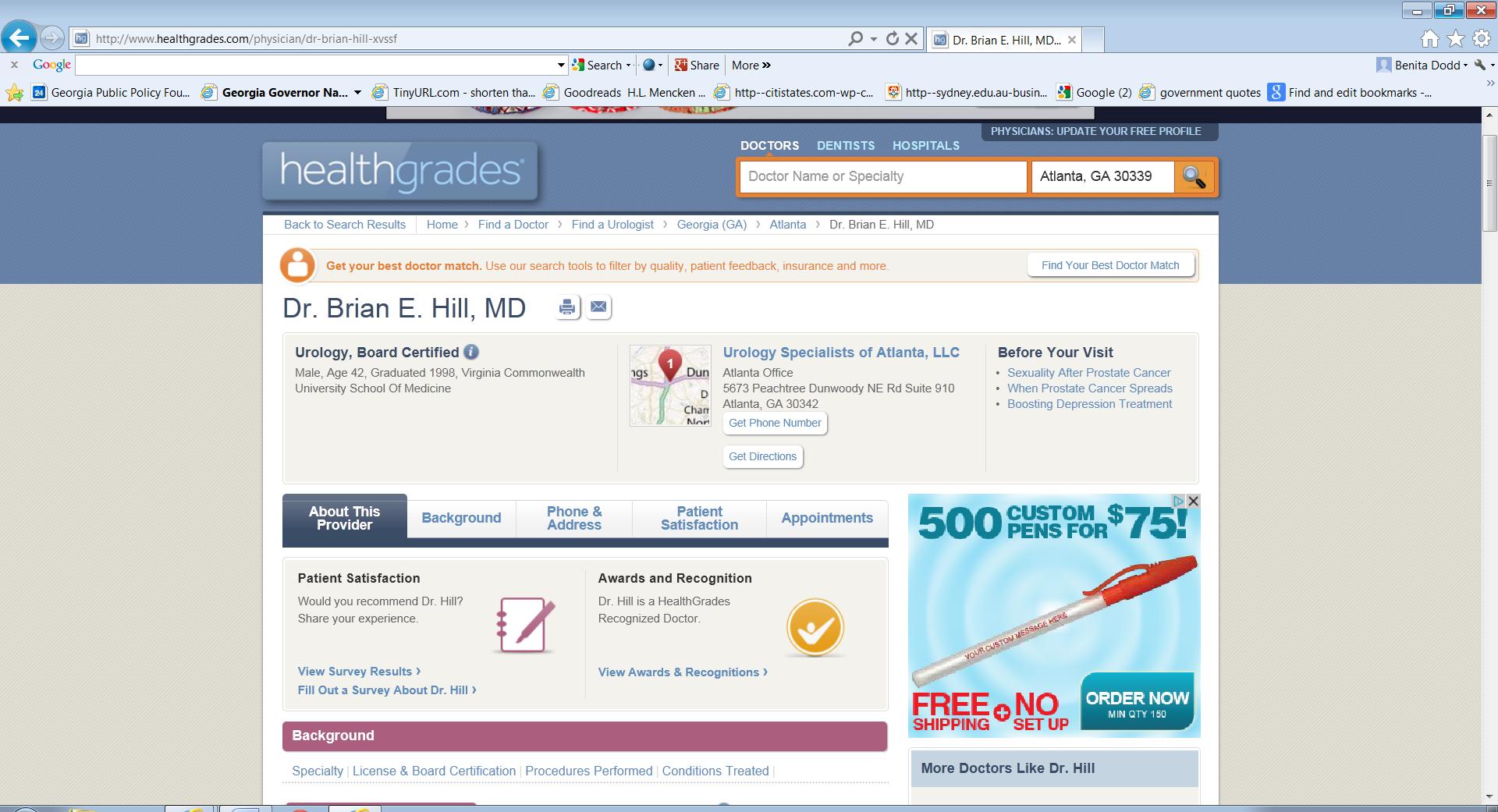 More coverage, more customers: In the wake of the Supreme Court ruling on the Patient Protection and Affordable Care Act (Obamacare) hospitals need to be aligned strategically “to help manage the anticipated influx of patients who will now be eligible for insurance coverage and are likely to drive increased traffic to the emergency department,” warns Steve Whitehurst, customer and strategy officer at BerylHealth, a technology based patient experience company. In his column offering advice to hospitals dealing with the new law, he notes, too, one conundrum hospitals face: “As if the quest to score in the top quartile of the Hospital Consumer Assessment of Healthcare Providers and Systems survey isn’t important enough to maximize reimbursement, health systems are plagued by reimbursement for readmissions, yet struggle to keep the beds filled as a revenue stream.” Source: Becker’s Hospital Review

Step away from the politics and focus on policy: Benjamin Domenech of the Heartland Institute rightly points out that Americans too often lose sight of the longer-term debate about health care when they focus on arguments dictated by the framework of an election cycle and partisan political lines. Domenech suggests, “let’s step back for a moment and assess things in terms of the past 30 years or so instead of the past two with a list of essays, books and other items that make up the Ten Things Everyone Should Read About Health Care.”

No. 9 on his list is Avik S.A. Roy’s “Health Care and the Profit Motive,” published in National Affairs in 2010. “To those on the left, America’s health-care system is a heartless capitalist jungle: a place where the bottom line is king, and the working poor are exploited. President Obama, for example, has accused insurance companies of holding Americans hostage in exchange for profits, and doctors of cashing in on children’s sore throats by needlessly removing their tonsils. The right, meanwhile, sees American health care as an outpost of socialism: The government distorts prices and suppresses innovation, impairing the quality and affordability of care and constraining individual autonomy. Hence Republicans’ call for less government involvement in insurance, and their complaints that heavy-handed Medicare rules are the source of our woes. Simply put, liberals believe that health care is treated as a market commodity today but should not be, and conservatives think that health care is not treated as a market commodity but should be.”

No. 1 is by Nobel Prize winning economist Milton Friedman: “How to Cure Health Care,” from The Public Interest in Winter 2001. “The tax exemption of employer-provided medical care has two different effects, both of which raise health costs. First, it leads employees to rely on their employer, rather than themselves, to make arrangements for medical care. Yet employees are likely to do a better job of monitoring medical care providers – because it is in their own interest – than is the employer or the insurance company or companies designated by the employer. Second, it leads employees to take a larger fraction of their total remuneration in the form of medical care than they would if spending on medical care had the same tax status as other expenditures.”

One more worth the read is “How American Health Care Killed My Father, by David Goldhill, published in The Atlantic in 2009.

“While HealthGrades has been around for many years, consumers’ use of tools is still a pioneering activity. Health care report cards have also been available, but most consumers still spend more time researching buying a new car or washing machine than they do comparing health plans. Therefore, we don’t know yet whether the tools pay off.” – Jane Sarasohn-Kahn, MA, MHSA, health economist and blogger

“The challenge for most [hospital] organizations is they still think they’re in the hospital business. That’s the reason railroads got into trouble years ago. They thought they were in the railroad business, not in the transportation business.” – Casey Nolan, managing director at Navigant Health in Washington, D.C.