Atlanta Mayor Kasim Reed thinks our classrooms need more hot air.  “We actually need STEAM – science, technology, engineering, arts and math,” Reed told an “Education Nation” audience Monday morning at the Georgia Aquarium.  Later he added, “America cannot continue to be what it has been if we continue to have the kind of educational system that we have.”

“Education Nation” is a two-year-old NBC News project to create solutions-based conversations about learning in America.  Atlanta is one of five cities being toured this year.  Reed was joined onstage by Senator Johnny Isakson and Governor Nathan Deal in a discussion moderated by Meet the Press host David Gregory.  WXIA 11Alive is NBC’s “Education Nation” local partner. 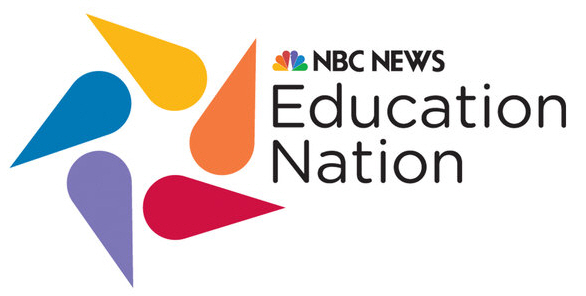 Reed visited China in March.  “China is rising because of the size of its market.” Reed said.  “In a terrific book by Thomas Friedman he talks about the fact that in America if we appropriately educate black people, Latinos and rural kids it is worth about $400 billion a year in expanded economic productivity.  We do not have the ability to leave anybody on the side of the road.”

Reed said China is “able to execute faster because they don’t have the robust debate that occurs in the U.S.   We also can’t forget in focusing on the success of the Chinese that at the end of the day the creative component we have can’t be lost in our move to make sure we are strong in STEM.  We actually need STEAM – science, technology, engineering, arts and math.”

Reed, Isakson and Deal have formed partnerships that were not always possible between the state’s highest elected officials and the mayor of its largest city.  Reed has used his Washington connections to lobby hard for approval and federal funds to improve the Savannah ports.  He is a frequent visitor to the State Capitol and especially during General Assembly months.

Atlanta is the third city on this year’s “Education Nation” tour that opened in Denver last month and visited San Francisco last week. The final stops are Miami later this month and Aspen, Colorado at the end of June.

The conference events are customized to local audiences.  NBC’s Gregory noted Georgia has a 9% unemployment rate, employers are seeking specific kinds of workers and there are widespread vacancies because of a skilled workforce shortage.

“A professor at Georgia Tech was teaching them things that I would never have comprehended that a middle school student would be exposed to,” Deal said.  “We are making significant progress to widen the opportunities through technology that are being afforded to our students.  I think people are embracing that because they recognize that truly is where the future lies.”

Governor Deal worked the state’s new Go Build Georgia initiative that is based on Go Build Alabama into the conversation early.  Georgia has a federal grant to help with start-up marketing but there is no direct funding in the 2013 state budget so ongoing costs to run this project will have to be absorbed by the private sector.

Go Build Georgia is as an awareness initiative.  Once students understand there are many kinds of career options, the education they need is available from many sources, especially the Technical College System of Georgia and programs inside four-year universities such as the Kennesaw State University nursing school.

“The idea is to educate young people and their parents to the fact that if they have a craft, a skill that is going to be employable, they will earn a wage 27 percent higher than the average Georgian currently earns,” the Governor said.

“Thought leaders are beginning to catch up and deal with this problem,” Reed said.  “Whoever has the best idea should flat out prevail but we can’t get away from the fact that 84 percent of the kids in the United States of America are educated in public schools … We’re losing a awful lot of kids who are on the sidelines.”